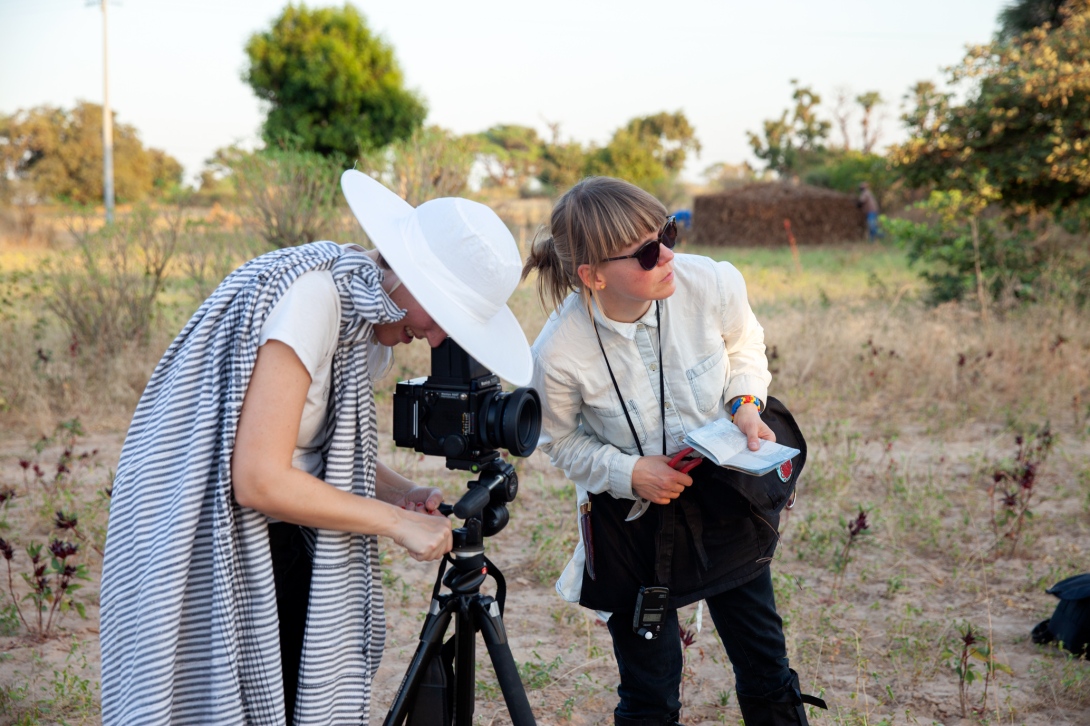 Eyes as Big as Plates is the ongoing collaborative project between the Finnish-Norwegian artist duo Riitta Ikonen and Karoline Hjorth. Starting out as a play on characters from Nordic folklore, Eyes as Big as Plates has evolved into a continual search for modern human’s belonging to nature.

Each image in the series presents a solitary figure in a landscape, dressed in elements from surroundings that indicate neither time nor place. Here nature acts as both content and context: characters literally inhabit the landscape wearing sculptures they create in collaboration with the artists.

As active participants in our contemporary society, these seniors encourage the rediscovery of a demographic group too often labelled as marginalized or even as a stereotypical cliché. It is in this light that the project aims to generate new perspectives on who we are and where we belong.

The project was published as a book in August 2017 (Press Publishing) and was shortlisted for the Paris Photo / Aperture Foundation – Photobook Awards 2017, as one of 20 books from nearly 1000 entries in the ‘First Photobook’ category. The first volume is now sold out, but a new book is planned to be published in conjunction with the ten year anniversary of the project in 2021. A crowdfunding campaign for the second book will be launced winter/spring 2020.